When starting to learn Chinese, you will notice that there are tone marks in pinyin. But where are the tone marks go? And do you know there are a few cases in Chinese where you have to change the pronunciation of a certain character? Let’s learn some Chinese tones rules!

Where do the Chinese tone marks go?

For instants, you are learning the word “回,” which means return. Its pinyin is “huai” with the second tone. Then which the following one is correct?

Here are the rules:

So use the rules above, let’s see the example again.

According to the first rule (vowels get the tone mark), ´huai and huai´ will not the correct answer.

According to the second rule (a or e get the tone mark), “huái” is the correct answer.

Where Do The Chinese Tone Marks Go Infographic 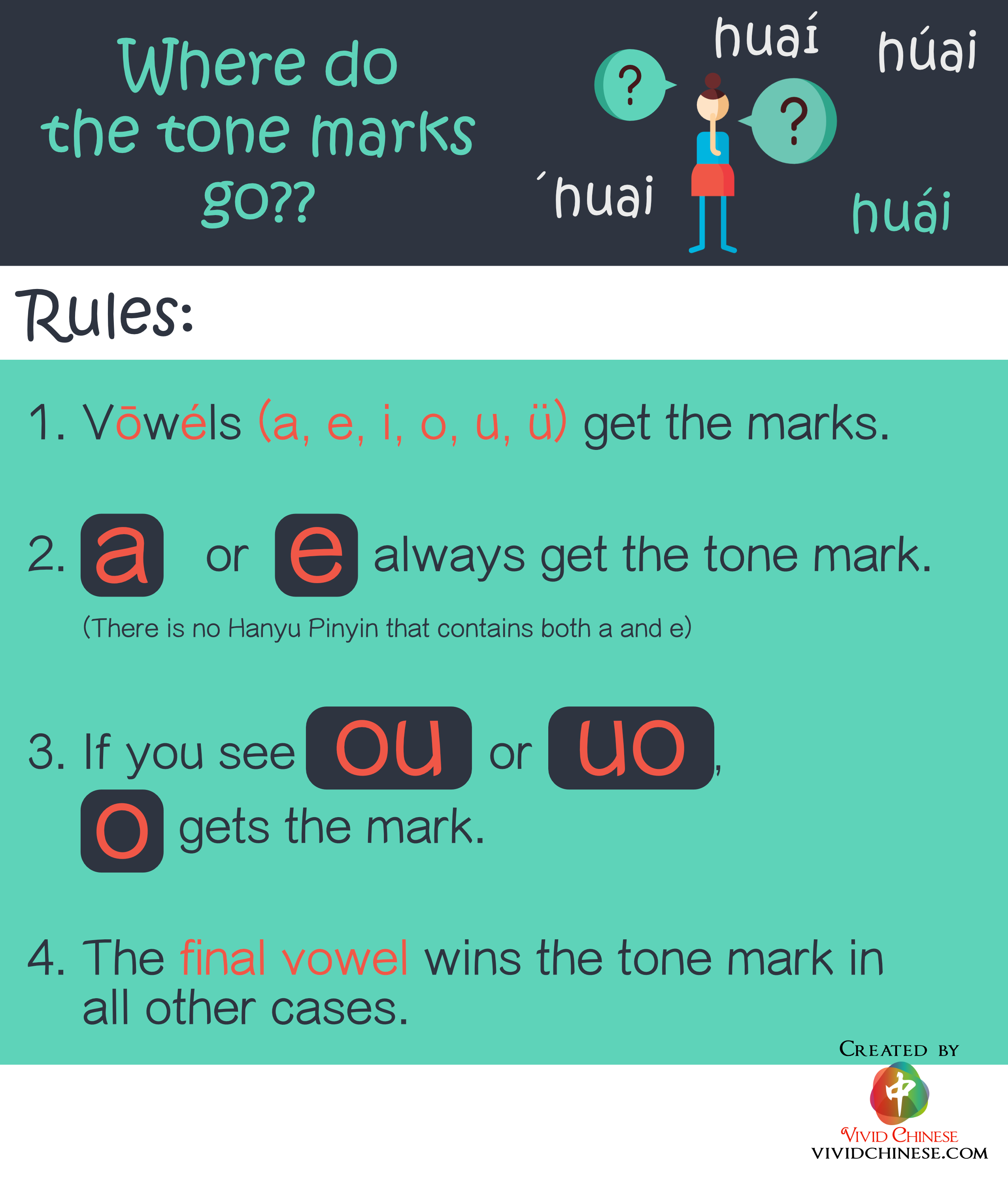 There are a few cases in Chinese where you have to change the pronunciations of a character. Below are the three you will encounter the most often.