How do you say Valentine in Chinese? 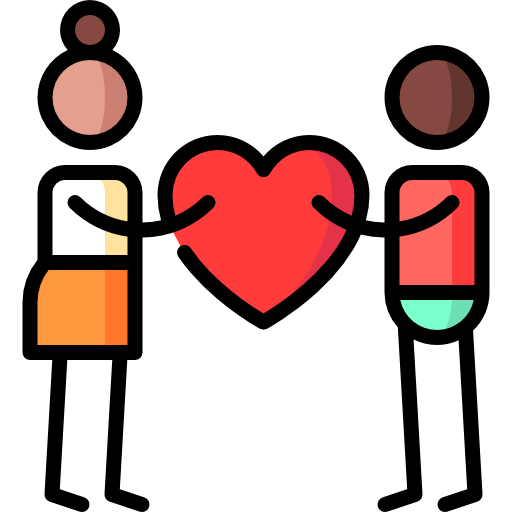 How do you say Valentine in Chinese? It is 情人 qíngrén. 情 qín means feeling, emotion and passion. And 人 rén means person. Isn’t it neat? So, the person you have the feeling and emotion towards, and you have passion for, should be the person you love!

How do you say Valentine's Day in Chinese? 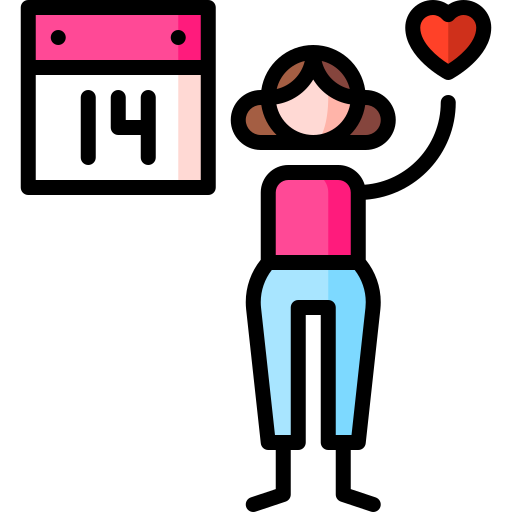 And here is the history as to why this day is called 七夕 Qīxì and how Chinese Valentine’s Day came about.

The Chinese Valentine’s Day is a Chinese festival that celebrates the annual meeting of the Cowherd and the Weaver Girl in mythology. The Cowherd (牛郎 Niú láng) and the Weaver Girl (织女 Zhīnǚ) is a Chinese folk tale. Their love was not allowed (there are different versions of their love story). There is a heavenly river between them and they are only allowed to see each other once a year and that day is the seventh day of the seventh lunar month. Here is one of the versions of their story.

七夕 Qīxì literally means “the evening of seventh.” That is the day and time they can meet each other. That is where the name comes from. There are some similarities between this story and Romeo and Juliet (罗密欧与茱丽叶 Luōmì’ōu yǔ zhū lì yè).

When is Chinese Valentine’s Day? 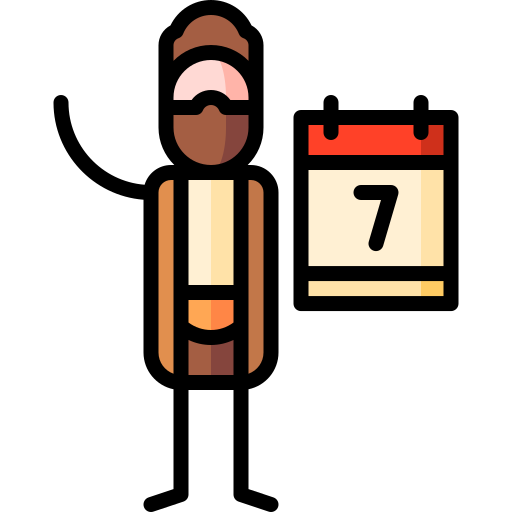 So, when is Chinese Valentine’s Day? Since this festival falls on the 7th day of the 7th lunar month, it means it will be on different dates every year. For your reference, here are the dates for the coming few years:

There is also a Chinese Valentine’s Day which falls on the 7th of July on the lunar calendar. The day is called “七夕 qī xì.” 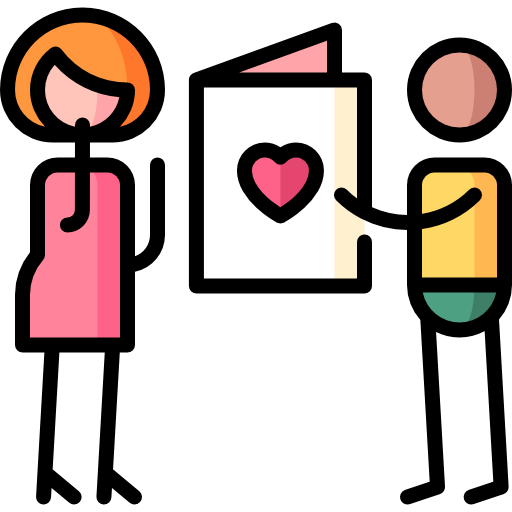 For the advanced, there are three idioms to learn! Have you ever fallen in love at first sight? Do you think you and your partner are perfect for each other? Or have you had a bad experience in a relationship? These idioms will help you describe these concepts! 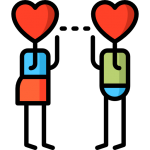 I fell in love with her at first sight. 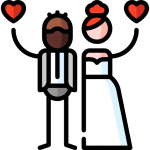 Literally made by Heaven and arranged by Earth, to be made for one another.

They are really made for each other. 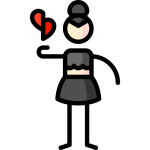 Change of affection, to fall in love with somebody else.

She fell in love with someone else. She doesn’t love me anymore.

Would you like to confess your love or propose on this special day? The simplest way to do so is by telling them!

Can you be my girlfriend!?

How do Chinese celebrate Valentine's Day?

To be honest, I think it is very similar to what people do in western culture. Flowers, chocolates, presents, and confessing your love to the one you love are all very common on this special day. Since the Internet and traveling have become popular, people value the western Valentine’s Day and Chinese Valentine’s Day (Qixi Festival) pretty equally now. Both dates have become a huge market for chocolate companies, restaurants, and flower shops.

Bonus: There are many sides to romantic relationships. They can be happy, or bitter, or mixed feelings. We have listed some more Chinese idioms here.

Literally: Love the house and its crow

This idiom means if you love someone, you are involved not only with them but also everyone who is connected with them. Like the saying in English: Love me, love my dog.

(of a couple) to be harmonious, to be each other’s sunshine.

They are together because they love each other, not because their parents forced them to be together.

This idiom is used to describe a person who is having an affair and is not faithful in a romantic relationship.

He is cheating on his girlfriend and she found out.

This idiom means to make a clean break. We often use this idiom to describe when a relationship ends with a clean and clear break. For instance:

As soon as she found he was having an affair, she immediately broke up with him.

This idiom is used to describe a person that is paying more attention to a lover than friends. Some people, when they do not have a partner, always have friends around. But once they have a boyfriend or girlfriend, their partner gets much more attention. Here is a funny example:

I never pay more attention to my lover than my friends. I never have a chance to do so.

Literally: A shattered mirror put back together

This idiom is mainly used to describe a marriage. Some couples did not work out during their first marriage, but they finally find a way to reconcile and reunite again. For instance,

They divorced five years ago, but they reconciled and were reunited again this year.

We have other 2 posts that are also fun to read and learn from!

How to say I love you in Chinese 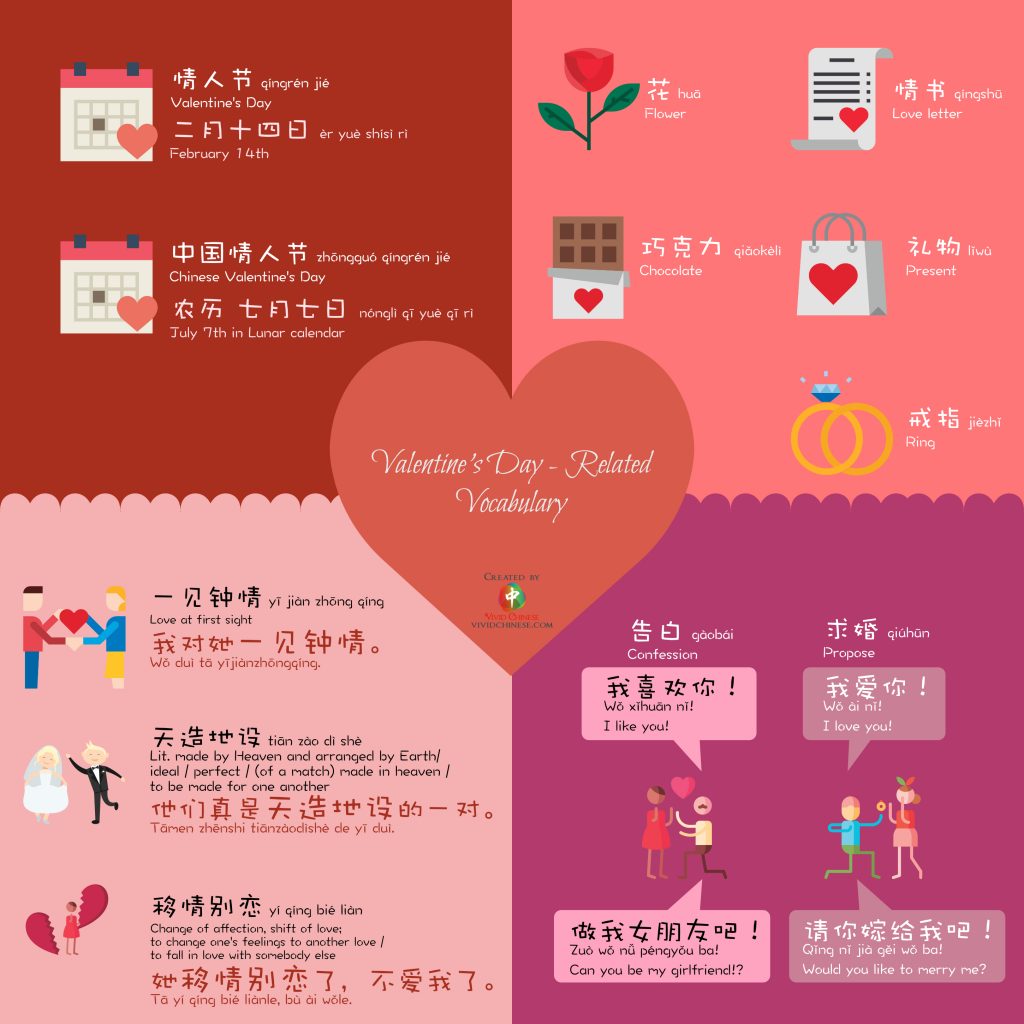 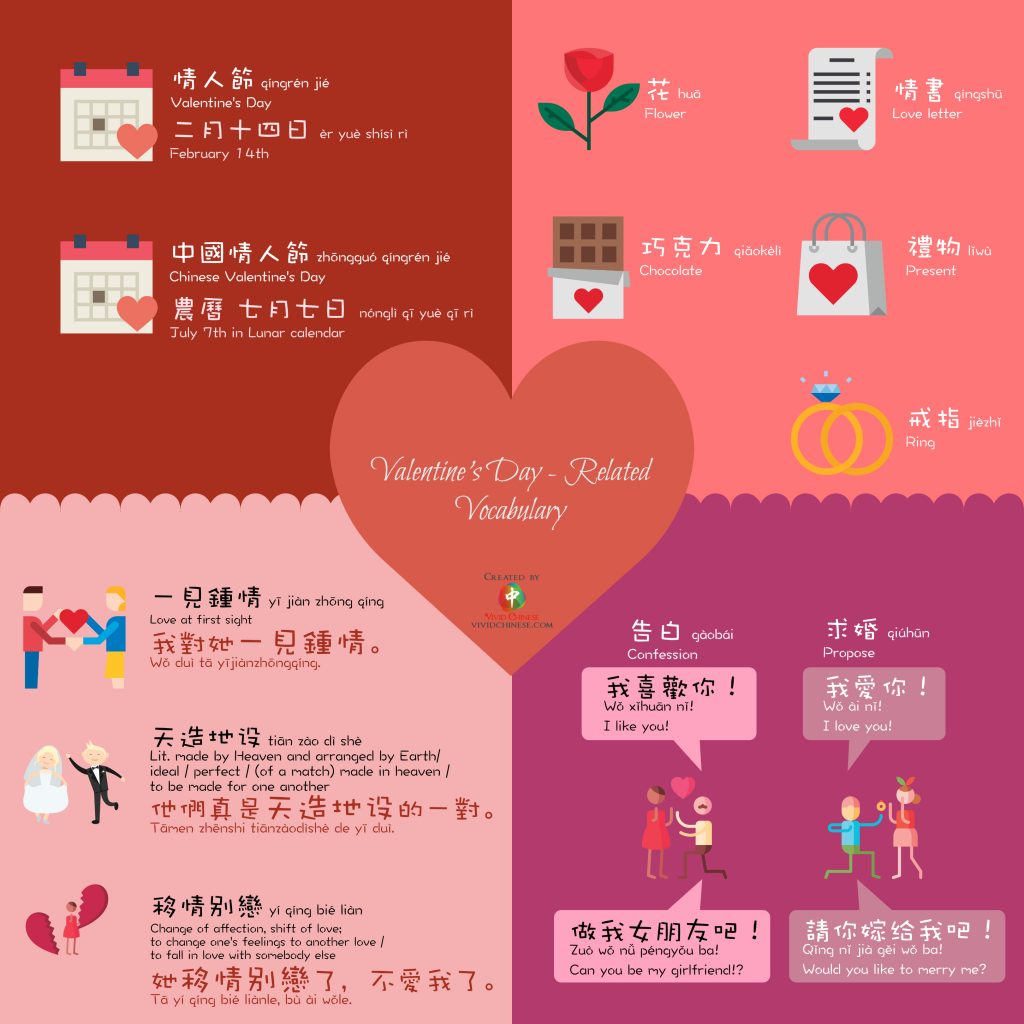