In Chinese, we have two specific words to describe something that happens earlier or later than the expected or regular time. The words are 就(jiù) and 才(cái).

就 (jiù) earliness: we use 就 (jiù) in the sentence to express something the happens earlier or sooner than expected. And “了 le” comes in the end of the sentence.  For example, you usually wake up around 7am. But for some reason you woke up around 5am. You will say 我今天早上五点 就 起床 了。

才 (cái) lateness: we use 才 (cái) in the sentence to express something that happens later than expected. And we DO NOT use “了 le” in a 才 (cái) sentence. From the example earlier, let’s say you usually wake up around 7 am. However, you partied too late last night, so you woke up at 11 am. You will say 我今天上午十一点 才 起床。

Check out the infographic for more detail. 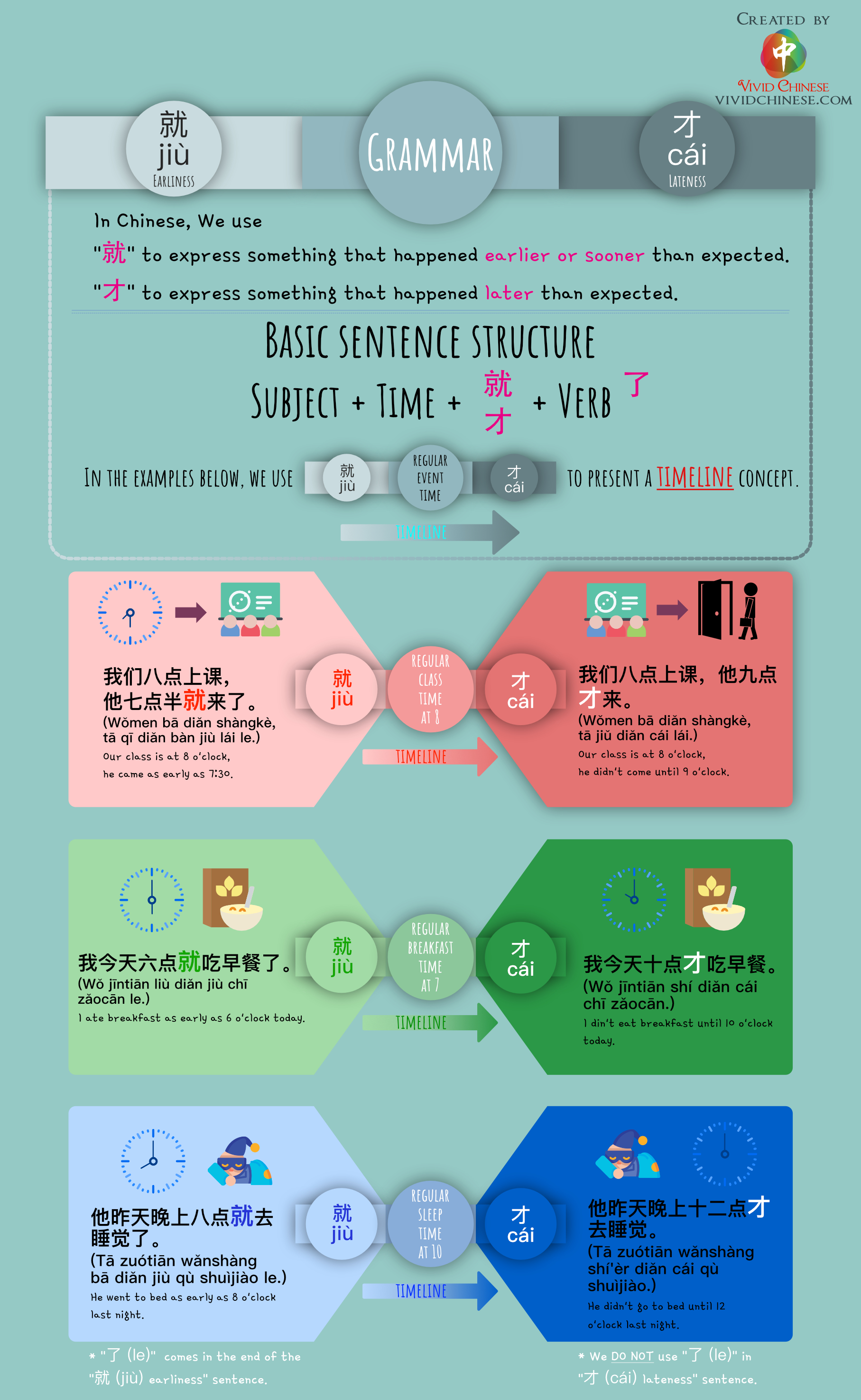 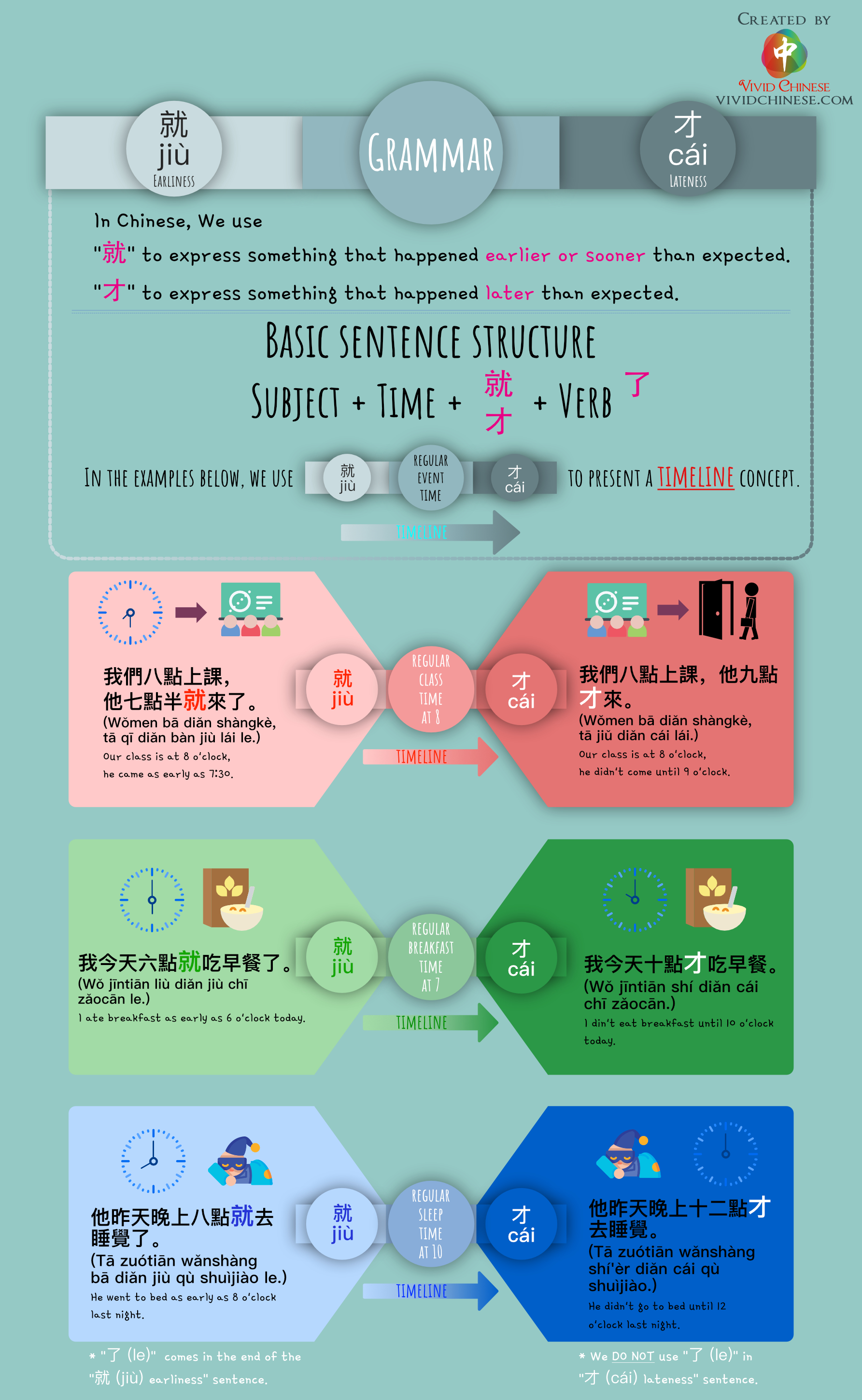