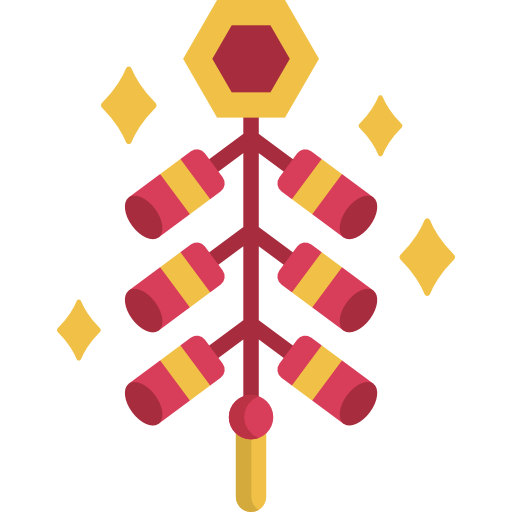 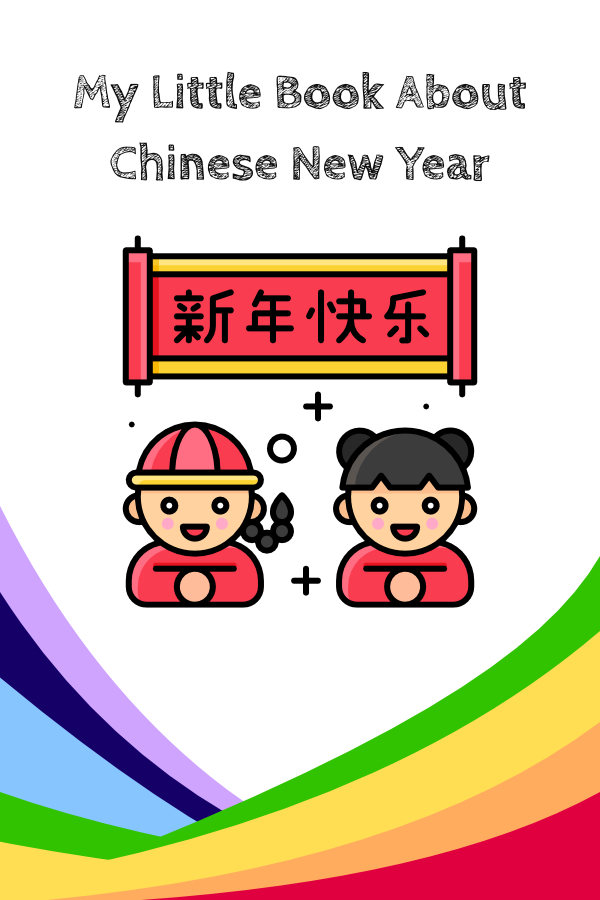 About one week before Chinese New Year Eve, people start the complete cleaning of their house. They sweep the whole house, windows, doors, and furniture. They usually also throw away something old and stuff that is not needed, which represents sweeping away bad luck and habits and welcoming everything that is new and good. They believe this activity can bring them good luck and fortune.

New Year shopping usually begins even earlier than house cleaning. If you visit certain streets that people go to, to do their New Year shopping, it starts getting pretty busy even one month or a couple of weeks before the Chinese New Year.

There are a tremendous amount and varieties of delicacies and candies you can find: 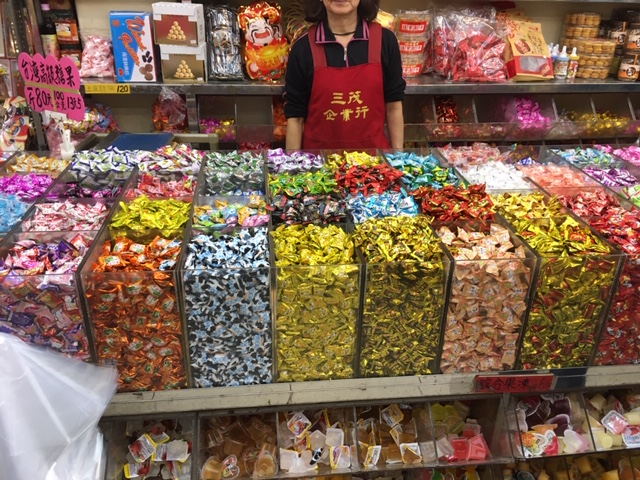 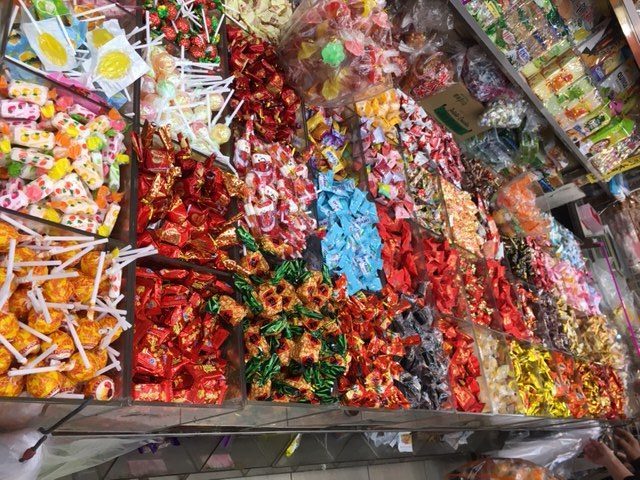 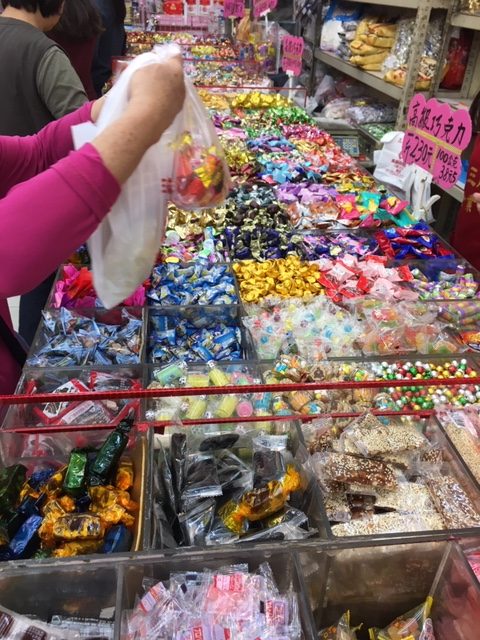 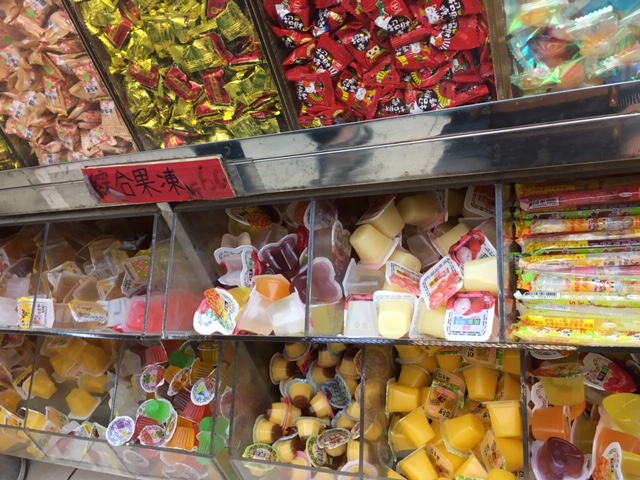 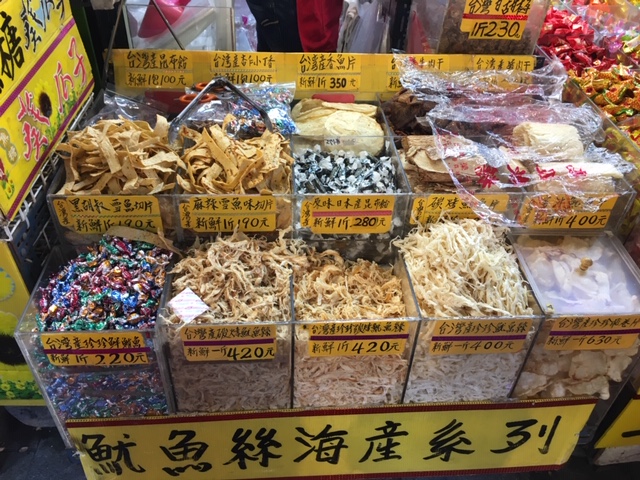 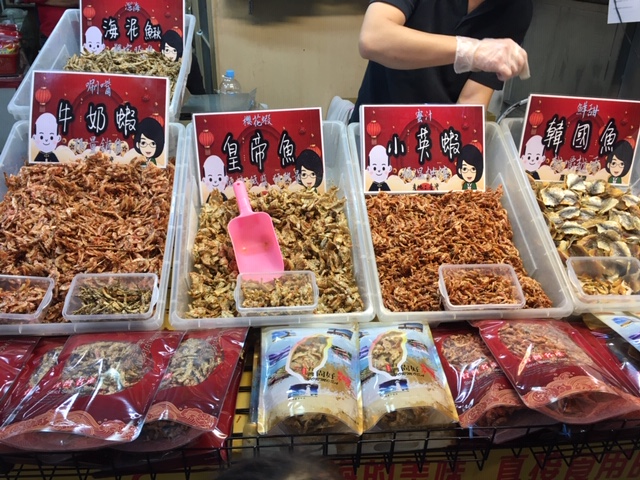 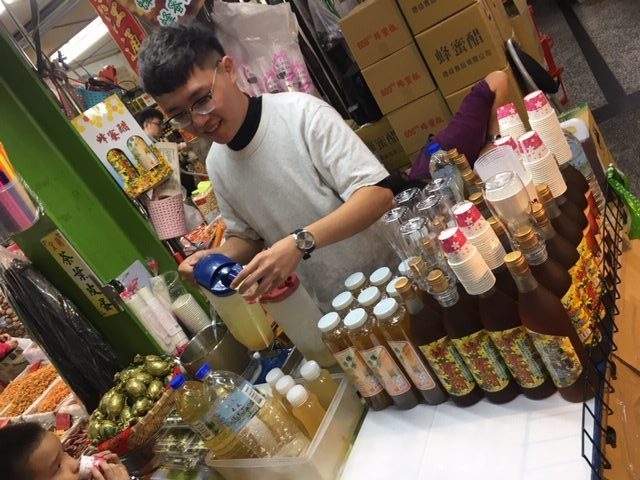 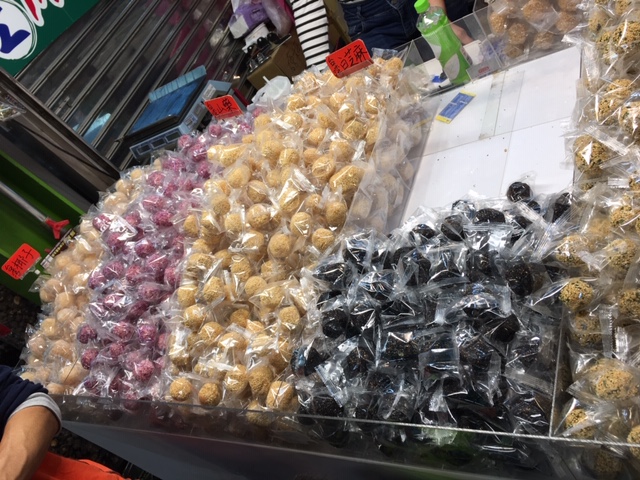 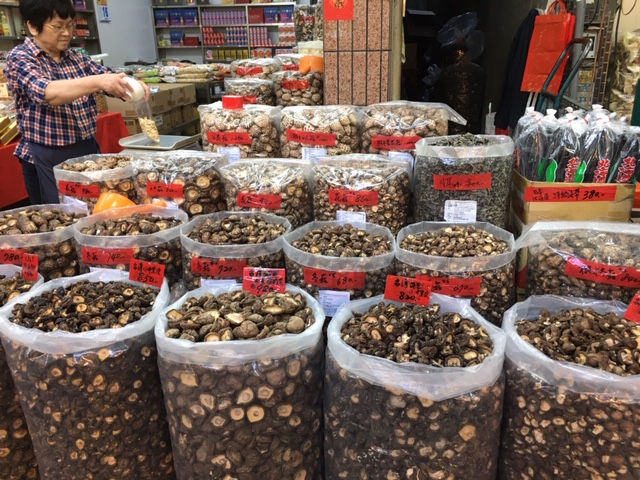 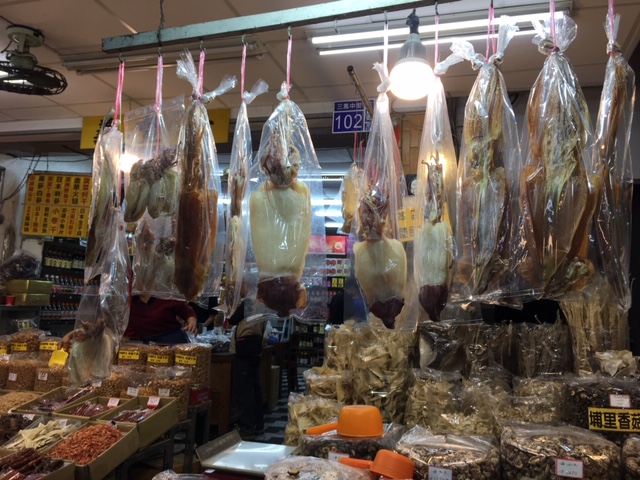 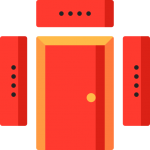 Some Chinese still believe in worshipping their ancestors. They believe that after the family members die, their spirits are still alive. They have the power to protect the family. Offering fruits, food, and wine to the ancestors can keep their ancestors happy.

Having a family reunion dinner 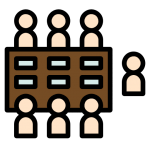 This is the most important activity for all Chinese. It is equivalent to Thanksgiving dinner in the US. Traditionally, all of the family members will get together in a relative’s house and have dinner together. Since making a Chinese family reunion dinner is a huge stress for those who are cooking (usually grandmothers, mothers, daughters, or daughters-in-law), it is becoming popular to order dishes from restaurants and take-outs.

Another newly-arisen business is of companies that will pre-make some famous Chinese New Year dishes 年菜 nián cài. These are usually half cooked.

Here is an example of a popular grocery chain in Taiwan. As you can see in the pictures below, 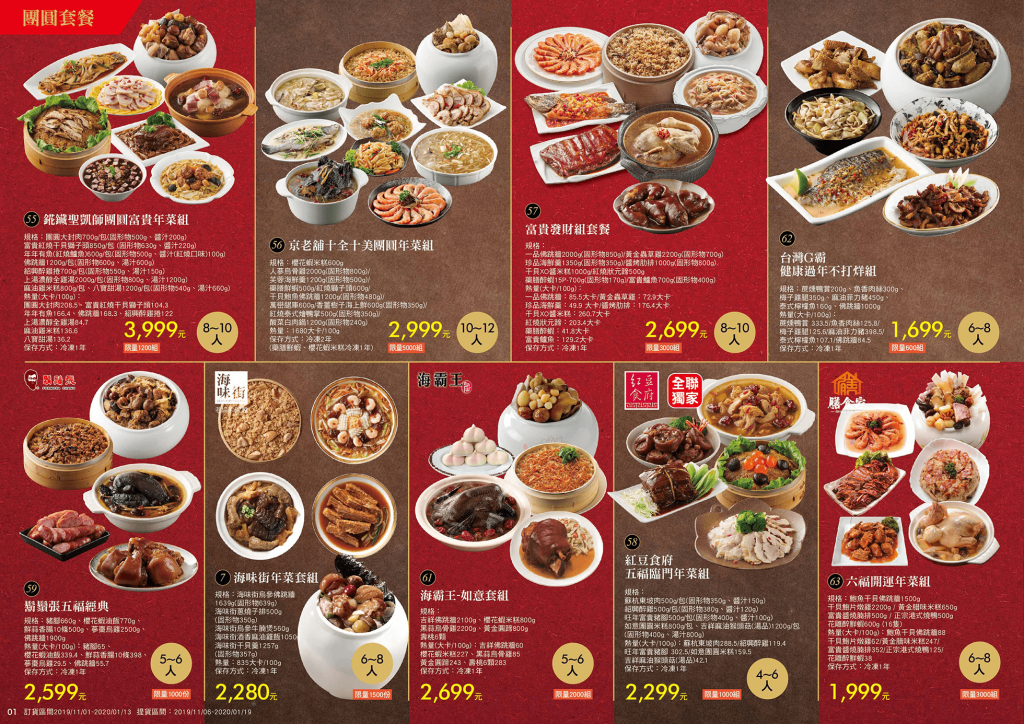 Soups are usually also one of the must-have dishes in Chinese New Year dinner. 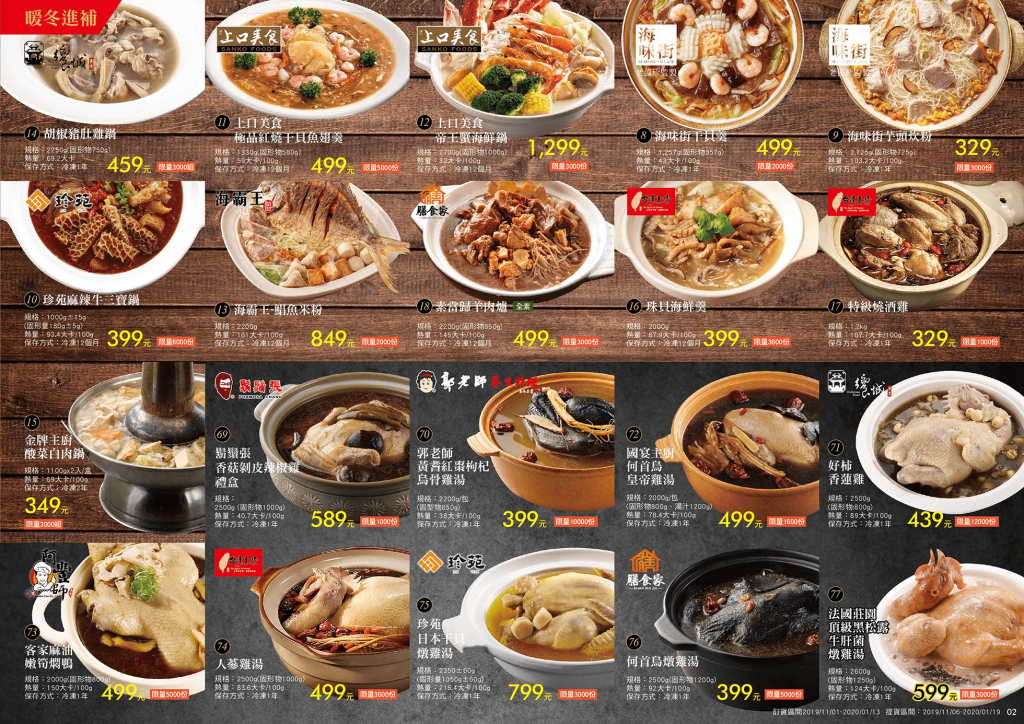 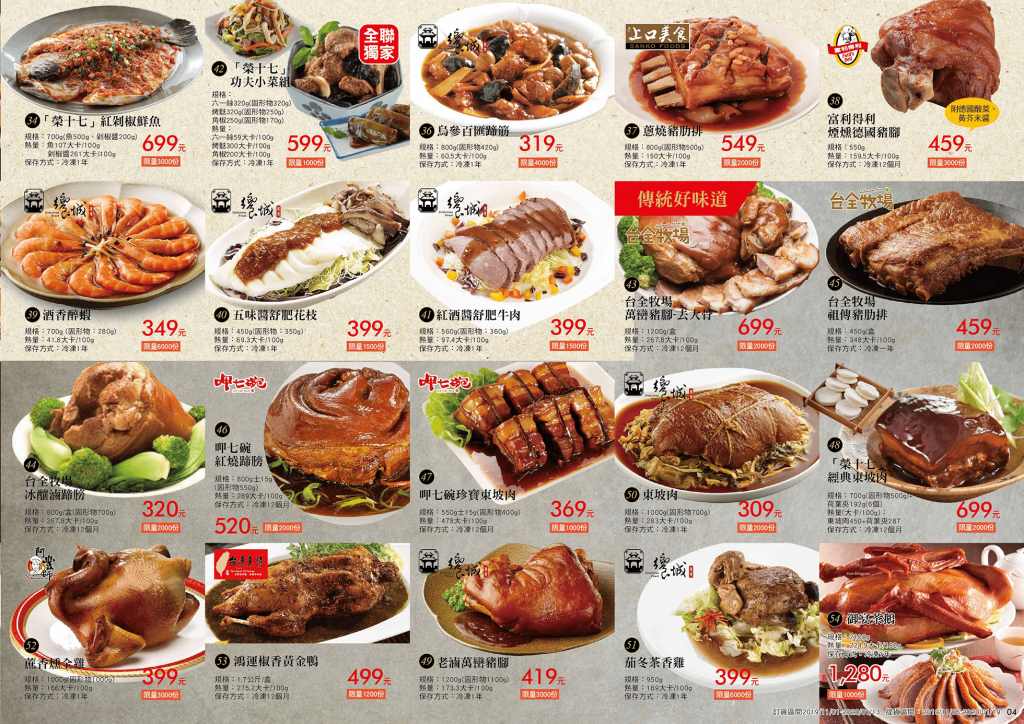 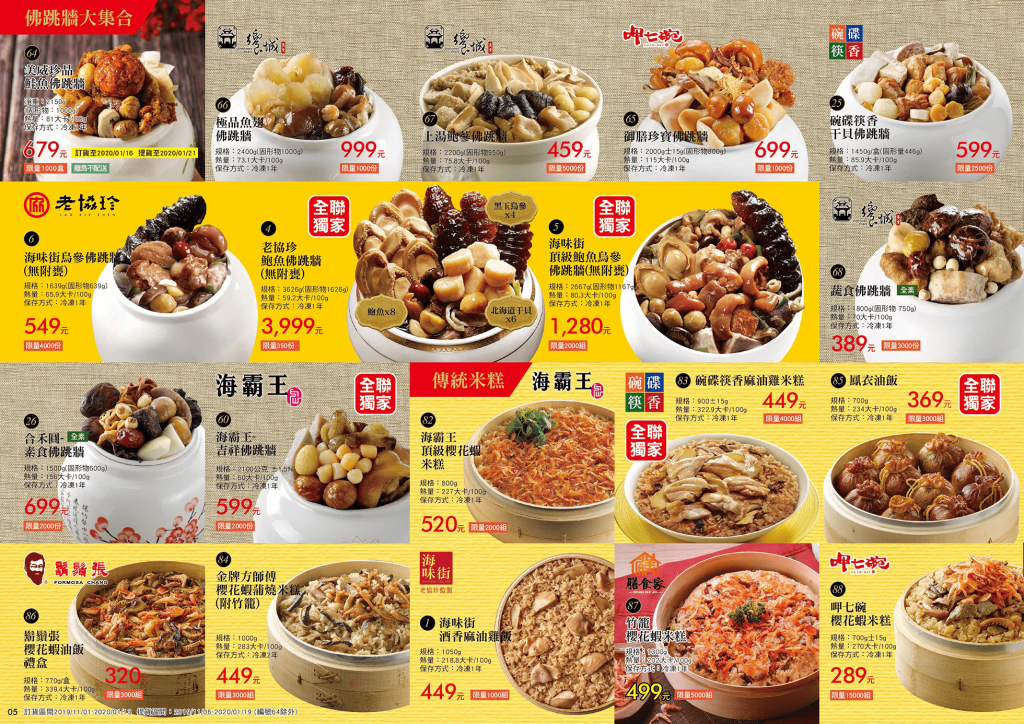 or you can only order whatever dishes you would like and make the other dishes at home. You usually can start ordering about a month ago before the Chinese New Year. You can choose when you would like to pick them up.

2. Dumplings 饺子 jiǎozi – The dumpling is shaped like an old-fashioned gold ingot. The meaning of eating dumplings in the Chinese New Year is the more dumplings you eat, the more money you will get in the coming year.

3. Spring rolls and egg rolls 春卷 chūnjuǎn – The rolls symbolize wealth because their shape is similar to gold bars.

4. Longevity noodles 长寿面 Chángshòu miàn – These kinds of noodles have an extended length compared to regular noodles. These noodles symbolize longevity, so it’s of the utmost importance not to cut them. Chinese people believe that eating longevity noodles can bring them a longer life. 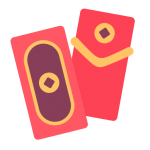 If you would like to know more about gift-giving etiquette in Chinese culture, check out this fun infographic. 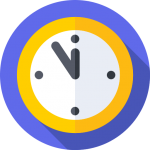 On Chinese New Year’s Eve, the parents usually allow their children to stay up late until midnight. They usually spend the night watching a New Year Gala on TV or playing board games and cards. 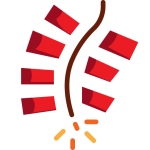 Here are the two most popular times to set off firecrackers,

First thing in the morning on Chinese New Year Day

The 2nd to 4th days of the Chinese Lunar New Year

On the second day of the Chinese New Year, a daughter who is married will go back to visit her parents with her husband and kids. This is what we call “回娘家 huí niángjiā.”

Between the 2nd to 5th days of the Chinese Lunar New Year, people usually visit their relatives. They often not only visit their close relatives but also pay a visit to their more distant relatives if they live close to their hometown.

The 5th to 8th days of the Chinese Lunar New Year

Most of the businesses resume between 5th to 8th day of the Chinese Lunar New Year. Post offices, banks, companies, clinics, and other small businesses won’t have regular hours until the 5th or 6th days after the Chinese New Year.

The Lantern Festival falls on the 15th day of the 1st month in the lunar calendar. It also marks the official last day of the celebration of the Chinese New Year. 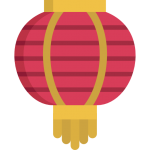 There are a few different flavors of sticky rice balls that you can easily find in the grocery stores. 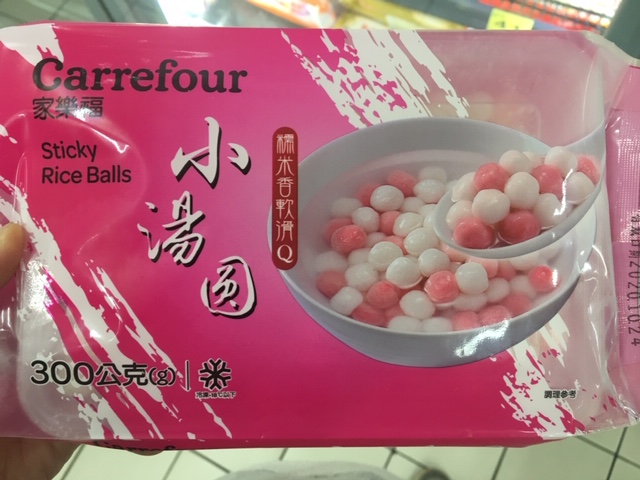 These sticky rice balls are small. They do not have a filling. 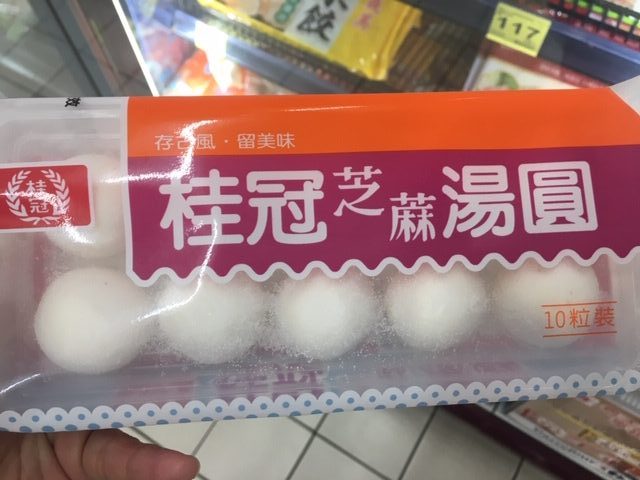 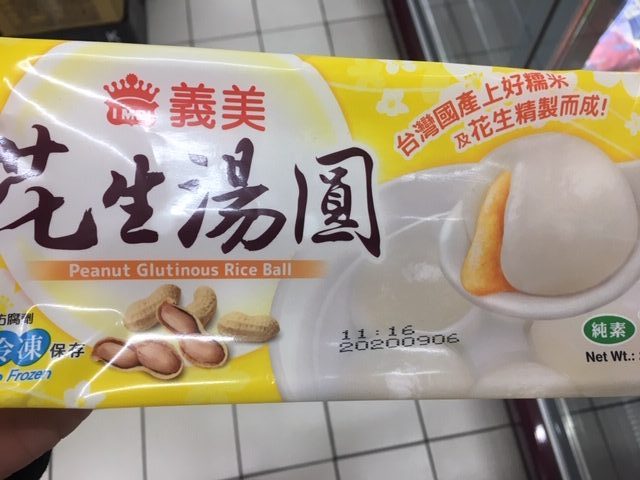